The next installment of the Adirondack Film Society (AFS) Screening Series at the Lake Placid Center for the Arts (LPCA) brings “A QUIET PASSION,” in which Cynthia Nixon, who is probably best known for her work in the film and TV versions of “Sex in the City,” delivers a triumphant performance as the great American poet Emily Dickinson. The film will be screened Friday and Saturday, October 20-21, at 7 p.m.

In her portrayal of Dickinson, Ms. Nixon personifies the wit, intellectual independence and pathos of the poet, whose genius only came to be recognized after her death. Celebrated British director Terence Davies (“House of Mirth,” “The Deep Blue Sea”) exquisitely evokes the poet’s deep attachment to her close-knit family along with the manners, mores and spiritual convictions of her time that she struggled with and transcended in her poetry. 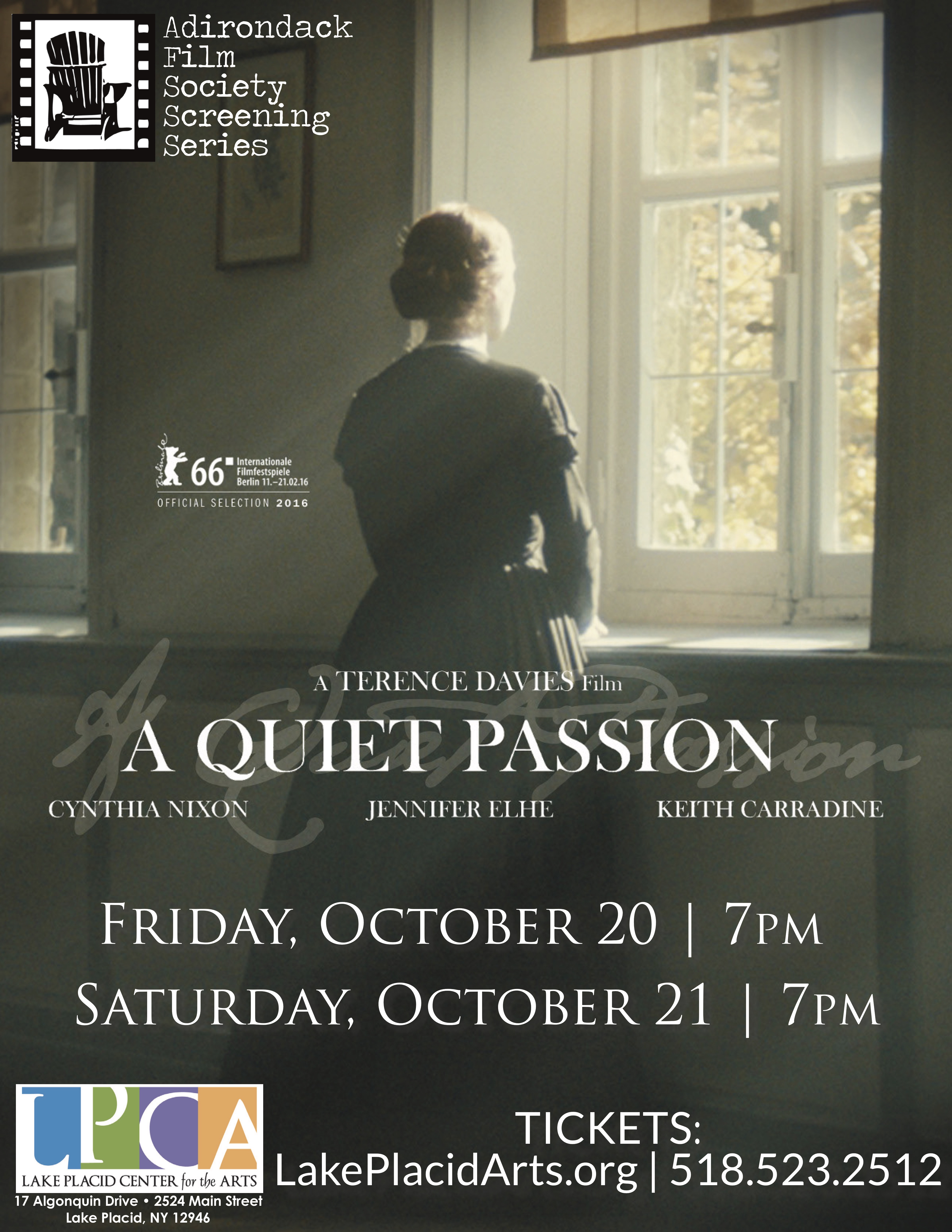